Have you ever gone back?

To that place when it was all you ever knew? To those streets and the people who lived in the houses that lined them and the events they contained. When all of that was everything that made up your life?

What would you tell that version of you? Run? As as fast as you can?
Soak it up. This is it.
Keep going.

In the past 10 years I have lived a number of places and known a number of people. My life in each of those places—jobs held, relationships formed, return addresses penned on letters mailed, coins pushed into washers and dryers, grocery aisles walked—those everyday pieces that make up a life—changed. And not once, but over and over.

Our lives are only what we know and have known up to this moment.

There is so much more.

Streets to walk. People to meet. Events to happen.

It can feel disorienting to come across a place or person that you knew before. Drive a street you used to daily. See someone else walk through a screen door that used to be yours. Bump into an old friend or colleague. Something or someone that once defined a piece of your existence but no longer does. Your life changed, the place or person you knew kept existing, and maybe changed too.

It can be sad to think of ones that have gone. Opportunities, people, moments that will never again be what they were. But also a relief to think of others that have passed.

When we think of this moment, right now, it can feel so final. Because it is all we know. But if we look back and see how much can change in such a short window, it can offer a shift in perspective.

What will we bring forward with us to the next moment?

Who will we become next? 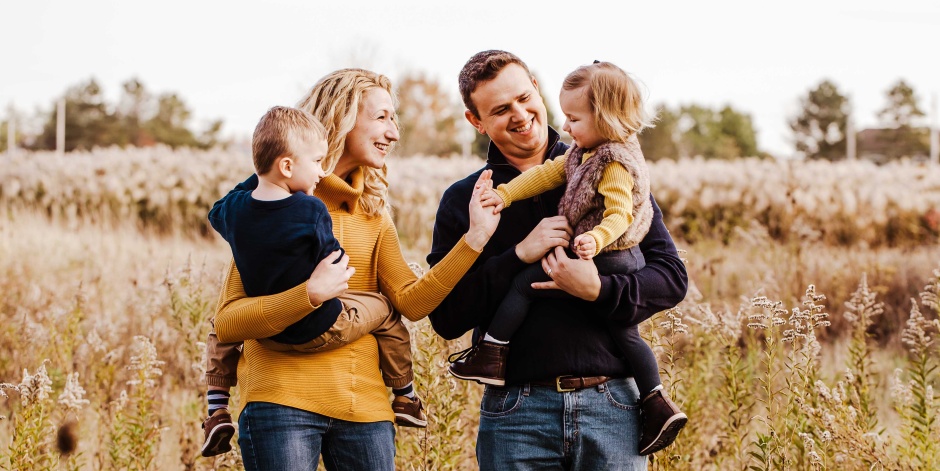 In our eight years of marriage Levi and I have had seven addresses. We’ve moved a lot and started over a lot and we still have a significant amount of hand-me-down furniture with layers of corporate move stickers on it.

After living in Missouri, Illinois, and South Dakota, we bought our first home in Centerville, Ohio. That was four and a half years ago. At the time, I didn’t want to buy a house, but Levi said it was a better investment than continuing to rent. So, after reluctantly looking at listings online, I told him I’d go see one house. One. We ended up buying that house and we lived there for a little over three years.

It was the longest we had lived in one place and it was our first home. We gutted and finished the master bathroom, hand-scraped thousands of apples off the kitchen walls in what can only be described as a truly amazing wallpaper print. We repainted every cornflower blue room, fixed up not one, but two nurseries, and Levi hand-dug 40+ postholes and raised a fence in our back yard. We did a lot of these projects with the help of family and friends.

We hosted family dinners, birthday parties, and cooked and shared meals with our closest friends around our dining room table. I finished writing my graduate thesis on a barstool at the kitchen island. We rode out heatwaves, ice storms, stomach bugs, and sleepless nights with newborn babies.

It went from being a house, to being our home.

When we first talked of moving—leaving the house I didn’t even want to buy–I immediately began crying. We didn’t lay the cement block foundation or raise the walls of that colonial, but we had built our home there. I had built a business there. We had built friendships there.

We had built our life there.

It takes both time and work to stake out a corner of the world and call it your own. To know it as home. To have that and choose to leave it–to uproot with a toddler and an infant and move hundreds of miles away to a new city where you know no one and your closest family is hours away—is tough.

This kind of move is different than moving to a different home in the same city or the next town over–that comes with its own set of challenges. But this kind of move, the one I’m talking about, is where you leave behind the life you know and start a new one. And this is its own kind of heartbreak.

At first it feels like you’re wearing someone else’s clothes. Like your luggage was lost and you are borrowing someone else’s sweater and pants for an unknown amount of time until yours arrive. You’re just waiting for a new house and a new town to feel like yours.

You spend the first two months learning your way around with GPS. Making mental notes of street names and landmarks. Figuring out where the good grocery stores are. Finding new doctors, pediatricians, veterinarians, hair stylists, babysitters, and dentists. You so badly want it to immediately feel like home and it’s easy to forget that “home” feeling from the place you knew before, your old home, only came with time.

Slowly, you paint a room, hang a picture, become less dependent on Google Maps. You learn to love the way the morning light creeps through the windows when you sit in your favorite chair. Then, you build a fire in the hearth when it snows. You sit on the patio on a cool spring night and look for Cassiopeia. You sit on the same patio and watch your babies run through the sprinkler on a warm summer day. You put yourself out there and meet new people. Some turn out to be people you want to see again, others turn out to be people you won’t. Some eventually become friends.

This starting over, hewing a new life from a fresh block of wood, is one of the most difficult things you will do. But it will open you up to more experiences and people than you knew a mere matter of months ago. It will force you to see the world differently, to have more empathy. It will challenge you to prioritize what is important. It will make you ache for your old home, the one that smelled like home and you already knew which floorboards creaked and what windows rattled in the wind. It will make you envious of the people who’ve never moved—the ones who’ve never had to figure out where the grocery store is, or start over from scratch with friends, or not have family close by to help out in a pinch. But ultimately, it will teach you things you wouldn’t have otherwise known.

This is for the movers. The ones who do what most others haven’t and won’t. The ones who say goodbye to one life and take their young families somewhere they’ve never been to create a new one.

It’s that young family you’re doing it for. To give them every opportunity. But it’s you who unexpectantly also ends up with new opportunities. Your circle grows, your perspective grows, you grow. It’s hard, but you do it. And finally, one morning, you wake up and realize there is more than one corner of the world that can become home. 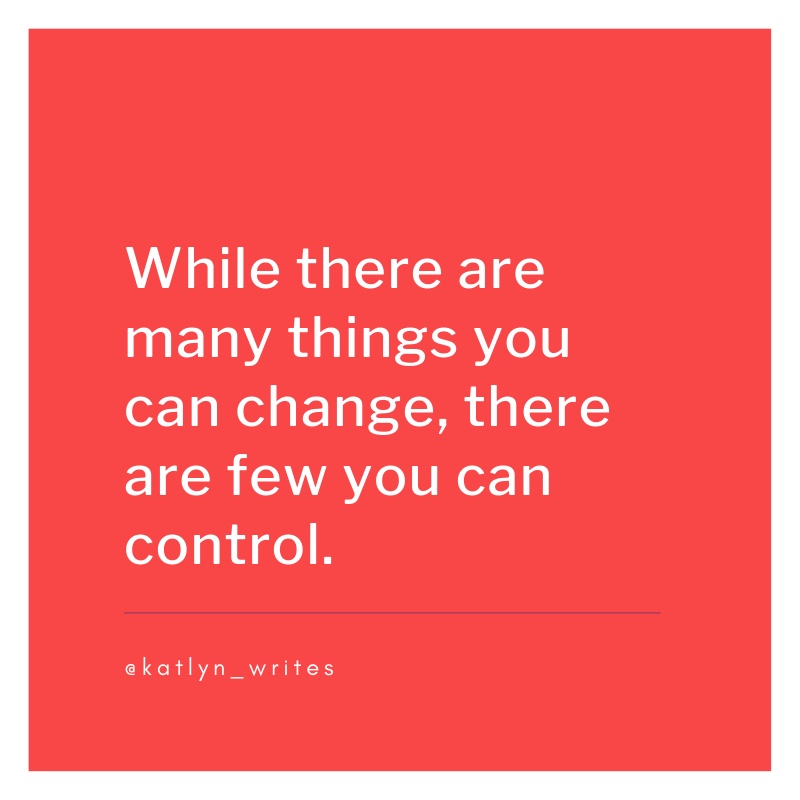 I wrote this the other day as part of a passage about growth in stillness and reason in waiting but this idea that there are many things we can change and few we can control has turned and turned in my head.

We have all made decisions that have led us to where we are in this exact moment. And while we have made choices to get here, we can’t always control the circumstances.

Since November 2017 Levi and I have had a second child, finished old jobs and contracts, listed our house, sold our house, went under contract for one house, bought a different house, moved 3.5 hours away to a brand-new town, our two-year-old and one-year-old both had surgeries, we started new jobs and contracts, and essentially started life over. Finding where the grocery stores are, our way around town, new doctors, new friends, new routines.

And it has all just felt like A. LOT.

We couldn’t control the kids’ health situations, when houses hit the market, whether or not a seller is willing to remediate black mold, or work projects.

Those are all circumstances we had no power over.

But we could decide what we could change in each of those situations. We could get the kids the help needed to improve their health, we could walk away from a house and buy a different one, we could say yes to great opportunities and take a leap.

And while the past year has been challenging, there has been growth in that too. All of the challenges seem a little more manageable if I can sort out what’s out of my hands and what’s in them. If I recognize I have no control over something, it’s easier to let go of it and ask, what can I change?

There is a lot we can’t control. But there is even more that we can change. 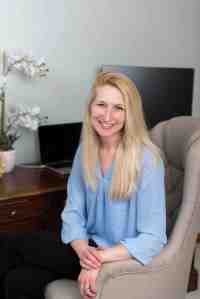